I have never considered myself in the greatest of shape, but certainly healthy. No high blood pressure, no drugs. I do yoga. I walk a few miles a day. I meditate daily. Sure, I am 25 pounds overweight, sometimes drink too much wine, and usually eat too much chocolate. But … a cancer diagnosis? I did not think I would ever receive one of those. I guess most of us would feel this way when hit with a diagnosis like that; I guess it’s called shock. It was uterine cancer. 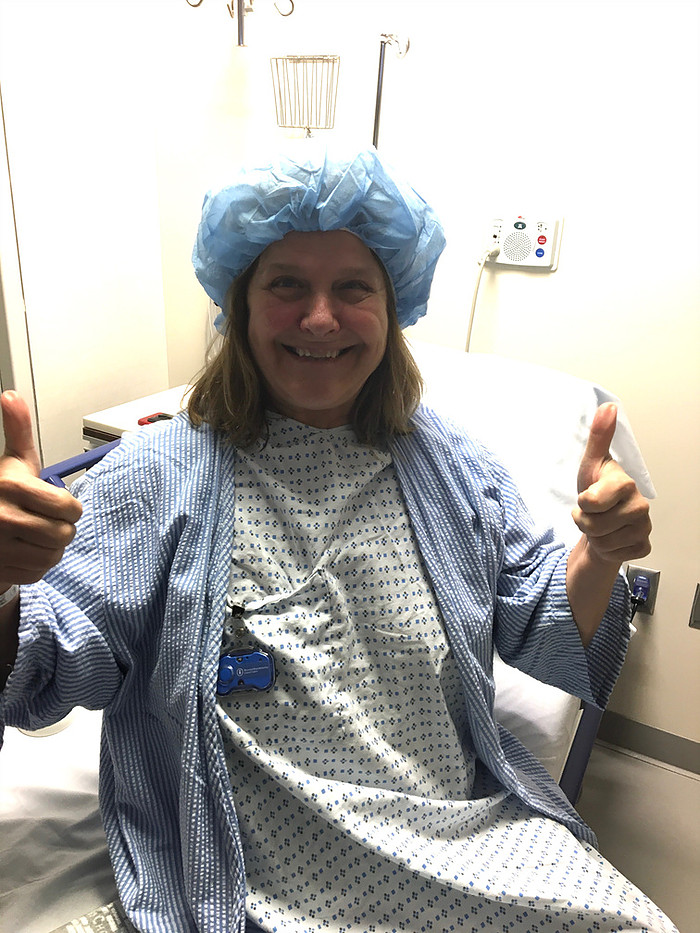 ​This adventure started with a discharge that sent me to the doctor, where I was prescribed a suppository for a bacterial infection. I’m not sure why I am so uncomfortable when it comes to a doctor peering into my vagina. It just has this invasive feeling for me. I had been told a few years ago that, after 60, a woman doesn’t need a gynecologist. That sounded good to me, and I didn’t really question it. I always believe doctors. Kind of like state troopers, they have a godlike aura surrounding them. I don’t second-guess doctors; they know everything. I joke that they “practice” medicine, but subconsciously, I believe everything they say.

I Googled this discharge because I was too embarrassed to ask the internist how I could have gotten an infection “there,” and found a myriad of explanations that basically boiled down to no one knows. I know it’s not from same-sex relations, so that’s not it. After menopause, there’s vaginal dryness, to combat that issue, there’s spit. So, maybe that was it. I didn’t dare ask my doctor since he’s a man; what would he possibly know about vaginal dryness? Maybe he knows a lot, but I was uncomfortable talking about it. Maybe I didn’t clean my vibrator often enough? I couldn’t ask that question. These were the thoughts that went through my mind, but I couldn’t voice them to anyone. They were too embarrassing, too revealing. I felt, and still feel, some sort of stigma around the topic of sex at “my age.” As a matter of fact, I began to notice that even the word vagina generates a distinct energy around it… [read more]